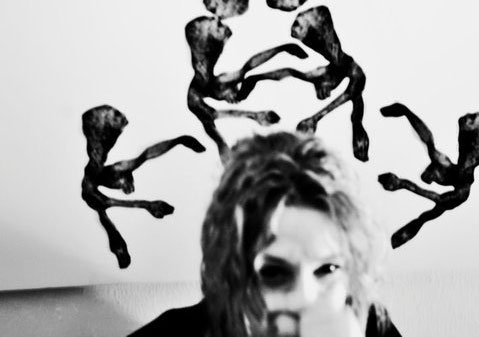 The artist developped a personal aritstic expression starting from traditional tecniques, as the incision. The matrix is processed through an analog copy machine and is intentionally manipulated during the copy. The new matrix is copied again on transparent acetat sheets: the unpredictable errors generated by the process are integrated in the composition. All the single copies are put together to form an original modular art work.
This tecnique has been named fotocopisegno (photo – copy – sign) by the artist, who works without following a precise project, in order to combine the errors in the process.

Veronica Vecchione lives and works in Naples. After studying at the Art School SS. Apostles of Naples, she graduated from the Academy of Fine Arts in Naples in “Decoration”. Teacher in painting subjects. With his work she has participated in numerous group exhibitions of national interest, including the: